The Voice Comes Back 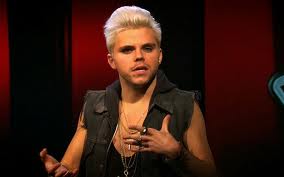 So it looks like BBC One have been gargling with salt water and sucking on some lozenges as they’ve managed to get their voice back. Well – the singing competition show that is. Yes, the second series of ‘The Voice’ was back on our screens this Sunday at 7pm, with more warbling wannabe pop stars hoping to sing their way to a record deal.

All four of the original judges are set to return too, along with those spinning chairs but there’ll also be, wait for it, new twists to the show as well… Unfortunately, I gave up watching half way through last year… So the question is – will I actually tune in again?

Probably – the show has promised to bigger and better (and louder) than last year naturally and I did download third place runner up Tyler James’ most recent single ‘Worry about You’, so it may also be worth seeing what the new contestants are like. The truth is though; I kind of just want to hear will.i.am say the word ‘dope’ a million times too…

Posted by admin in Music & Entertainment