The Foyle Young Poets of the Year – Award opens for entries 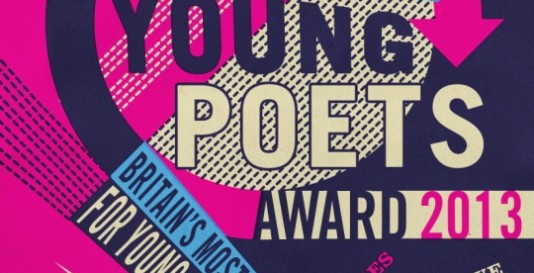 The Foyle Young Poets of the Year

“I am absolutely delighted to be judging the Foyle Young Poets of the Year Award this year. I am certain we will discover some really exciting new voices.”

“This journey has been transforming and surreal. I would encourage all young writers to submit to this competition while the chance still remains.”

The Foyle Young Poets of the Year Award is once again seeking exciting new poets aged 11-17 and entries to the prestigious poetry competition open today.

Last year’s competition attracted entries from a staggering 7,351 young people from 60 countries worldwide, making it one of the largest literary competitions in the world. The 2012 winners (15 top winners and 85 commended poets) spanned the globe, from New Zealand to Nigeria and from right across the UK. Today (11 March 2013) the competitiononce again opens up its doors to young poets, calling them to take the chance for the 2013 awards and enter their writing.

Any young person writing in English can enter the competition, whether they have been writing for a long time or just started, all they need to have is a passionate engagement with words. The Foyle Young Poets of the Year Award 2013 is supported by the Foyle Foundation, is free to enter, and more details can be found on the dedicated website at www.foyleyoungpoets.org.

Since it began 16 years ago the Award has kick-started the career of some of today’s most exciting new voices. The phrase ‘Former Foyle Young Poet’ is now commonly found in professional biographies as alumni continue to make their mark on the wider literary world, their names appearing on bookshelves and at festivals the world over. The Poetry Society’s online Alumni Librarycelebrates the successes of these exciting new voices.

The top 15 poets will be published in an anthology, which is sent out to more than 20,000 people worldwide in March 2014. The current anthology ‘Gorgeous like a thunderstorm’ celebrates last year’s winners and  invites entries to the competition (free copies for schools and individuals can be requested by emailing fyp@poetrysociety.org.uk).

There are two prizes available for the 15 overall winners of the award. The 14-17 year olds get the chance to attend a week-long residential course at one of the prestigious Arvon centres, where they will be tutored by this year’s judges Hannah Lowe and David Morley. The younger age range winners (11-14 year olds) will receive a visit to their school from a professional poet, followed by distance mentoring. The 85 Commended Winners also receive book prizes and a year’s Youth Membership of the Poetry Society. All 100 winners of the Foyle Young Poets of the Year Award benefit from ongoing support and encouragement, via publication, performance, promotion and internship opportunities throughout the UK.

The Foyle Young Poets of the Year Award also incorporates a year round programme of activity aimed at encouraging creativity and literacy in schools. Every year the scheme nurtures best practice in creative writing teaching, identifying committed ‘Teacher Trailblazers’ to act as mentors and share lesson ideas. We also offer additional poet-led workshops and events to a number of ‘Applauded schools’, to reward their continuing commitment to, and enthusiasm for, the Award. Our newly relaunched Poetryclass site offers a wide range of free downloadable teaching resources, including special Foyle lesson plans based on previous winning poems.

The Foyle Young Poets of the Year Award

Founded by the Poetry Society in 1998, the Foyle Young Poets of the Year is the largest and most prestigious award for young poets aged 11-17. The competition is free to enter and poems can be on any theme, and of any length. It receives entries from more than 7,000 young people each year. There are 15 top winners and 85 Commended poets selected by the judges each year.

With the competition as its focus, the Foyle Young Poets of the Year Award also incorporates a year-round programme of activity aimed at encouraging creativity and literacy in young people, supported by teaching resources and additional poet-led opportunities in schools.

Throughout the year Foyle alumni benefit from professional development opportunities, including internships and editorial opportunities to a series of showcasing events at festivals and venues across the UK. This year, for example, we’ve showcased Foyle Winners at Southbank Centre, London; Ledbury Poetry Festival, Herefordshire; Cheltenham Literature Festival, Cheltenham; Bush Theatre, London and the Poetry Café, London.

We also offer paid internships in our London office and editorial opportunities via our Young Poets Network and online YM: Poetry magazine.

Hannah was born in Ilford, Essex in 1976. She has lived in Brighton and California and now lives in London.

The Rialto published her pamphlet The Hitcher in 2011 and her first collection Chick was published by Bloodaxe in January this year. A short chapbook R x is forthcoming.  She has worked as an English teacher for many years. Currently she is studying for a PhD in Creative Writing.

“Here is a poet with a commanding style; her voice is entirely her own, both rich and laconic. These are poems springing from the page with vitality, rue and insight. Her elegies are restrained and devastating. An extraordinary debut”

David is the award-winning writer of nine books of poetry and the editor of six anthologies of new fiction and poetry.

His next collection of poems is The Gypsy and the Poet, Carcanet Press, 2013. David’s New and Selected Poems will be published by Carcanet in 2014. He writes criticism, essays and reviews for The Guardian and Poetry Review.

A recent book of poems Enchantment from Carcanet was a Telegraph Book of the Year while The Invisible Kings was a Poetry Book Society Recommendation. The Cambridge Introduction to Creative Writing is a bestseller worldwide.  David is Professor of Writing at WarwickUniversity and a judge of the 2012 T.S. Eliot Prize.

The Poetry Society was founded in 1909 to promote a “more general recognition and appreciation of poetry”. Since then, it has grown into one of Britain’s most dynamic arts organisations, representing British poetry both nationally and internationally.

With innovative education and commissioning programmes, and a packed calendar of performances, readings and competitions, the Poetry Society champions poetry for all ages.

As well as the Foyle Young Poets of the Year Award, the Poetry Society runs the National Poetry Competition, one of the world’s longest-running and most prestigious prizes for an individual poem, and the Ted Hughes Award for New Work in Poetry – the prize founded by Carol Ann Duffy with the honorarium the Poet Laureate traditionally receives from HM the Queen.

The Foyle Foundation is an independent grant-making trust supporting UK charities which, since its formation in 2001, has become a major funder of the arts and learning.

The Foyle Foundation has invested in the Foyle Young Poets of the Year Award since 2001, one of its longest partnerships. During this time it has trebled its support and enabled the competition to develop and grow to become one of the premier literary awards in the country.

For further information / Use of pictures / Interviews