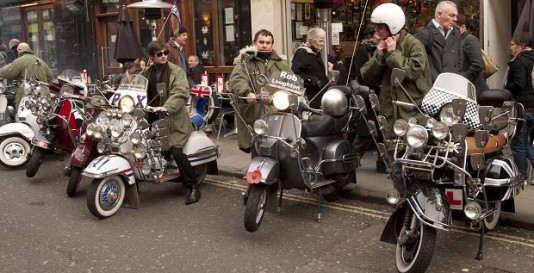 Mods are very much in vogue again (do they every really go out of fashion), not least because of Martin Freeman’s seemingly endless series of interviews on his passion for mod culture during the press junket for The Hobbit. Mods: A Very British style, a new book by Richard Weight, takes an exhaustive look at mod culture in all its incarnations, and at the influence it’s exerted on all aspects of fashion, style and design since the 1960s. Apparently IKEA is inspired by the mods. Isn’t there a wardrobe called ‘Ace’? It must be true.

Posted by admin in Culture.Tags